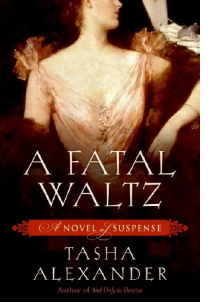 I’m Kim Alexander and this is Fiction Nation. I have a new format this week, and it’s all good news — the folks at XM have given me an hour to talk about some great new books with some of my favorite authors, and we’ll also have time to take a look at The Back of the Stacks, for an outstanding book you might have missed the first time around.

We’re also kicking off a new time slot. You can hear a new hour of Fiction Nation every Wednesday morning at 7am east, right before Good Morning America Radio.  A big thank you to Amy Reyer and the Take Five gang for giving me this opportunity.  (I’ll still be on the weekends in the same places I’ve always been. Check the box below for the whole list of airtimes.)

I couldn’t be happier to be sharing my first full hour with two women who are friends of Fiction Nation — they’ve both been here before, they’re also friends themselves and have been for a long time. Kristy Kiernan is the author of a new novel called Matters of Faith, and Tasha Alexander is back with A Fatal Waltz and a new adventure for Victorian detective Lady Emily Ashton. I tried to figure out what — if anything — these two very different novels had in common, and then I realized that while Lady Emily wears a corset and worries about what the Queen will make of her occasionally scandalous behavior, and while Chloe Tobias lives in contemporary Florida and worries about her children, both women are iron-willed and determined to protect those they love, even when their loved ones disappoint them. Lady Emily is struggling to free her best friend’s husband from a murder charge and it isn’t at all clear that he’s not in fact guilty, while her fiancé, the dashing Colin, is acting mighty suspicious around his ex-lover, the glamorous and venomous Countess von Lange. Yet she knows she has to trust her heart and follow the trail of clues to its end no matter what is revealed. Tasha Alexander writes a sophisticated mix of romance and intrigue, dipping into historical fact and featuring cameos by names of the day you’ll recognize (Gustav Klimt, you horndog!) and the immersion in late 18th century England and Vienna feels complete.

Lady Emily gets to hang around with some reprobates in this one, as Vienna is a more open, less class conscious city than her home in London, and I think the exposure to anarchists and artists was good for her.

Meanwhile, in Kristy Kiernan’s Matters of Faith, her favorite setting, the gulf coast of Florida is as seductively beautiful as in her last novel, Catching Genius, but the Tobias family doesn’t have time to admire another sunrise.  Chloe Tobias has spent her married life struggling to protect her hyper-allergic daughter Meaghan from harm but despite her vigilance harm has arrived in a big way, as son Marshall has come home from college with his first real girlfriend Ada. Is Ada a true believer, a defender of the faith? Or is she a dangerous religious fanatic who purposefully fed Meghan a peanut? All Chloe knows is Ada has put Meaghan in the hospital, and then vanished along with Marshall.

Can Chloe forgive her son’s terrible mistake? Should she? As Chloe keeps watch at Meghan’s bedside, we follow Marshall and Ada on the run and deeper into the swamps. I thought it was nicely framed — the simple yes/no of Chloe’s life with her husband and children: is it safe? Yes or No? and the clean, even line of the beach. Compare that to the thorny, muddy, treacherous snarl of the swamp and of Ada’s soul. Marshall has to figure out where he belongs and if he can even go back to that clean, bright line that used to be his home. Chloe must decide how far faith will get you and how to put her family back together.

Kristy Kiernan has written a deeply thought provoking book, treating even the least deserving characters with compassion and grace.

Hear my interviews with Kristy Kiernan and Tasha Alexander on Fiction Nation, on Book Radio, SiriusXM Channel 80 on Wednesday, July 9th at 7:00am, on Thursday, July 10th at midnight, on Friday July 11th at 11:00pm, on Saturday July 12th at 6pm, on Sunday July 13th at 10:00am and 8:00pm, and on Monday July 14th at 12:00 midnight. You can also hear Fiction Nation on Sonic Theater, SiriusXM Channel 80 on Thursday July 10th at 3:00 pm in its half-hour format. All times EDT.

Buy this book from Amazon.com