Happy Thanksgiving! I have an audio book!

So you might know that before I started writing full time, I was a broadcaster for literally one hundred and eighty thousand years. It’s true! I started as an overnight DJ at WSHE-FM in Fort Lauderdale, back when we DJs used VINYL. (Look it up.) It was so long ago there was no classic rock–it was just rock! From there I went to Key West, and then on to Richmond VA and finally to Washington DC. I did everything from traffic reports to air shifts to interviews to (many, many) commercials. My friends still make me say ‘The greatest hits…of the 90s…80s…and today!’  (Some of my best work.)
One thing I never thought about was recording audio books.
That changed when I finished writing Pure, my paranormal fantasy about a young woman who saves the life of a unicorn. I began to think about it a lot. It seemed like a natural place for me to start–it’s first person, fairly short, and  doesn’t have me doing any accents! So I tried. And it took a really long time–it was a different kind of hard work than anything I’d done before. And it went on sale three days ago. I love this book, and I hope you love Ruby and March and their magical and mortal friends and foes too.
And if you’re getting on an airplane, the story clocks in at two and a half hours–perfect for flight time! (And because I love each and every one of you weirdos, I put the ebook version of Pure on sale for .99 this weekend only.)
Here is what some very kind folks said about Pure:
“… just about the sweetest book…” “…very entertaining…” “…What an awesome read!…” “…The characters were awesome. You will love them…” “intricate web of humor, romance and suspense with creatures of folklore and legend.” 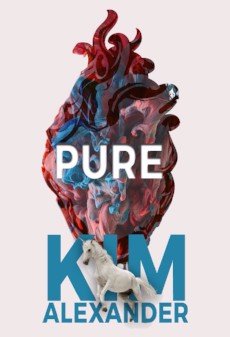 Pure, now on Audible
In other news, I did ANOTHER new thing! I was invited to co-write a short story along with the delicious Verlene Landon. The whole thing happened live on Facebook last month. We got a theme: THE OCCULT, a song (The Legend of Marie Laveau) and right before we began we got a photo of a creepy shop and a tarot card. Neither one of us knew what the other would write, and we didn’t plan anything in advance. Here’s what happened….

**(KA)** ‘The Lovers.’ That’s good, right? The woman’s eyes were swollen. She’d been crying. Now she was looking for a reason, any reason to hope. That’s what brought her into the little shop to begin with. “I mean, Lovers, right?” she said.

**(VL)**”Try a little magic, it’ll be fine they said. What’s the worst thing that could happen?” Quinn mocked herself in what passed for a mirror.

Why she even bothered at this point, she didn’t know. It was a harmless spell, one to give that cheating bastard genital warts or splinters…or something. What did she know, she wasn’t a witch. It was supposed to be a harmless way to blow off steam about the whole fucked up situation.

Instead, she ended up stocking shelves at the demon market, literally in the pit of hell, as punishment. If only she’d have known she was a descendant of the infamous Marie LaVeau she would’ve never dabbled in shit she had no business messing with. The saying a female scorned took on a whole new meaning now.

And she wouldn’t have ended up stocking wolfsbane and imp nails in hell.

**(KA)** “Sure, Lovers,” Quinn told the woman. She never argued with the customers. She didn’t really even know how to read the cards, but it beat stockroom duty in the 4th circle. “So,” she continued, out of a mix of boredom and, well, boredom, “What’s the story, sweetie?”

**(VL)** “Not one worth retelling?” The smell of the candle made her want to wretch, but it smelled better than brimstone.

“Surely there is more you can do for me? I know you’re not a demon, but with your lineage, surely you can sell me something, um, off the books that can make my problem…disappear?”

And just like that, Quinn took on a new credo, if you can’t beat them and all that. She would embrace her fucked up family tree and maybe make a little money in the doing.

**(KA)** “Like, disappear like see through?” She had a pretty good idea what New Client wanted, but it was best to be absolutely crystal. One didn’t want a Monkey’s Paw situation, after all. The woman rolled her (slightly less red) eyes and snorted. “No, not like see through, fuck’s sake.” Quinn smiled. Now they could talk business. “Do you want this to be quick, like a heart attack on the toilet, boom, no muss?” She paused. “Well, that would be a little muss, I guess.” “No,” the woman replied. “I want all the muss. I want him to suffer.”

New Client nodded in female solidarity. Oh, yes, Quinn would make the target pay. She had 6 years left in service, she could become like a champion for women who were victims of men who couldn’t keep it in their pants.

“Okay, tell me, is he human, demon, orc, what? And I’ll need his given name and something personal.”

Quinn never expected the answer. Boy am I fucked, she breathed to herself.

**(KA)** “He’s human,” she said. “Although he might as well be a demon.” She pushed a wrinkled photo across the table, knocking an amethyst crystal to the floor. “His name is Damon. Damon the demon.” Quinn swallowed hard and picked up the photo like it was right out of the microwave. She didn’t need to hear the woman say his name. How could she forget the name of the guy who sent her to Hell?

**(VL)** This was almost too much to comprehend. Her mind was reeling the one person she wasn’t allowed under any circumstances to attack, and that was who her new client needed to hurt.

“Well, at least things haven’t changed since I’ve been away.” It was a mumble so her client didn’t hear. Wait, she thought, I can’t attack him but I know someone who can.

Quinn slid the picture off the worn surface and pocketed it. “Give me a minute, hun. I need to bring in a consultant, so to speak.”

She went to the back room to make an other world phone call.

**(KA)** “Paws and Pads Animal Rescue.” “Yeah, hi,” said Quinn. “Um, I know this is gonna sound strange, but could you put Midnight on the phone?” There was a short pause. “Lady, half the animals in here are named Midnight.” “Oh, sorry. Black cat, white left front foot, he’s been there for a couple of months.” “And you want me to put him on the phone?” “Just, like, hold it up to his little ear?” “You’re lucky it’s slow, and you’re also lucky I will be telling this story to everyone I know.” Another pause. “Okay, talk to Midnight.”

And maybe it will be! Here’s the scoop on Verlene:

Verlene was born and raised in the south, and mostly pens tales of hot tattooed men and the women who love them.

Thanks to the military, she’s traveled the US, but now calls Sin City home…again.

Want to talk to Verlene? Hit her up on this page.

What are you thankful for? Head to the comments and let’s discuss. Have a lovely holiday, eat until you can’t lift your fork, and when we all get back to our desks I’ll tell you about new book covers and a big sale coming up. 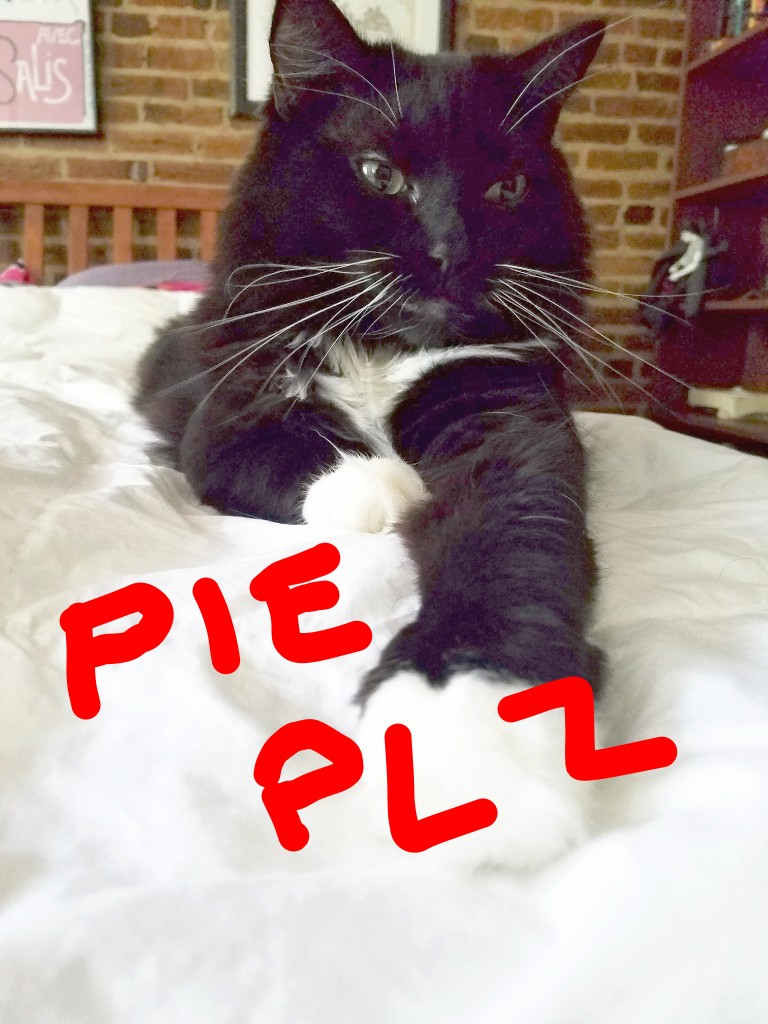