How the Lox Doth Lie

I know I keep referencing my long, grim years in the radio mines, but you use what you know. The topic this week is deleted scenes. In radio, there are no such thing. I started back in Ye Olden Times, when (get this, kids) we had to edit reel to reel tape with a white grease pencil, tape, and a razor blade. You had to spend hours cutting out ‘um’ and ‘uhhh’ and coughs, and if you cut in the wrong place? Sorry, that perfect pearl of wisdom is on the floor. Fortunately, everyone uses digital audio editing now, and they have for many years. It’s LITERALLY eight million times faster, and gives anyone with a little patience a chance to really show off some fancy skills. I used to work at the oldies station here in DC. We would open the phones for requests and then go to the commercial break. While the commercials were playing, I would answer, record the call, hang up, edit to make the caller sound like the cleverest person who ever lived, and set it up to play the correct song out of the break. I usually had about three minutes. Anyone who has worked in radio in the last two decades has probably done the same thing. But here I am, circling back around to the topic! When you edit audio, you simply delete what you don’t want to use. There’s no blooper reel. There’s no folder of unused parts. It vanishes into the ether.

When the Fictionistas were talking about deleted scenes and how to use them, I had to get my mind right. If I cut a scene, it’s DEAD TO ME. As I said to my editor, Crime Dog Carly, ‘Maybe we don’t need this scene of these two people standing there talking. It sort of lies there like a lox.’ She agreed. ‘Delete’ and we’re done.

Then I started thinking. There’s a significant period of time between the end of The Sand Prince and the beginning of The Heron Prince. Maybe some things happened that don’t necessarily have to be in either book, but might be fun to explore. There are characters that periodically vanish from the pages; what are they up to? The temptation to explore the worlds of Mistra and Eriis suddenly becomes great. (An evening of drinking and judging with Ilaan and Niico?) (Rhuun makes friends with a horse?) (Lelet colors her hair?)

Of course, the drawback is your book is potentially never finished if you keep going back to the well. That’s why I’ve instituted LOX ALERT. In the event of a scene turning inert, salty, and just begging for capers and thin slice of red onion, I shall hit ‘DELETE’ and it’ll join the thousands of hours of mistakes that came before it. 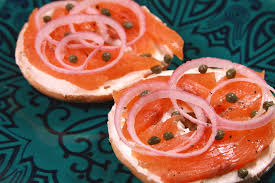