I had a long disagreement/argument (disagrument?) with my husband the other day. He thinks that the phrase ‘Carpe Diem’ means ‘Party like its 1999’. I swear, he’s going to show up with  trucker hat that says YOLO on it.  I (correctly) took it to mean one should  act like the future is not a sure thing, don’t waste time dicking around. This branched off into a sub disagrument about the life expectancy of ancient Romans (because this is the sort of thing we fight about) which I very clearly won by noting that the high infant mortality rate broke the bell curve and brought the life expectancy down to around 30 years. In fact, Horace, the dude who wrote ‘Carpe Diem’ to begin with lived to be about 60. If you ask him, my husband will tell you he was correct, but you and I, we know better.

I’ve been thinking a lot about carpe-ing the diem lately. And I’ve also come to understand that talking about something is not exactly the same as actually doing it. In other words, just because I like to talk about writing doesn’t make me a writer. (Similarly, I am neither an astronaut nor a cat, despite the amount of time I spend talking about science fiction and Onion.)

So I’m working on my carpe-ing, and I took a big step last night. Writers group, I am in it!

We couldn’t be more different in style, tone or topic. One of us – Ms. A, is a very brainy science journalist who writes about AIDS in the developing world. She’s wrestling with a huge story and wondering whether her presence in the pages is a distraction (its not.) The other, Mr. M,  is a landscape designer who writes like combination of Tim Gunn, the Dowager Countess and Jessica Fletcher. His gardening columns are a delight. My work is a fantasy novel with a complicated plot, lots of characters, and (for the moment) lots of unanswered questions (like for instance, what is my heroes name? Suggestions gratefully accepted.) (I’m serious, what is this guy’s name???)

It was the first time anyone had seen my work in progress. I was prepared for the look Chris Harrison gives the girl who doesn’t get the rose. Sort of, ‘Chin up sweetie, you gave it your best shot.  Now get in the limo loser.’ 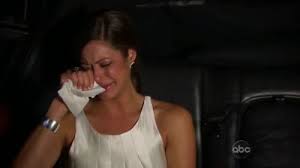 But it wasn’t like that at all! My partners, who are very smart and talented and wouldn’t hesitate to cut a deserving bitch (I’ve seen it) both said very nice and helpful things! I didn’t have to cry in the limo! In fact, Ms. A gave me the highest compliment I have ever received. On the last page of my first chapter, right there at the end, she wrote ‘MORE’. 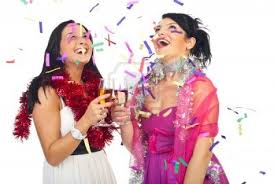 I guess I have to go carpe me some diem!