“You must be excited!”

My book is going to be available in early November, we’re shooting for the 3rd, so yes, I’m excited. I’m also terrified, anxious, thrilled, hopeful, petrified, nervous and drinking.

If you recall, this book was originally slated for release in May, but we quickly realized it needed to go back to the edit bay for a tune-up. After I was done soaking my pillow with tears because everyone hated me (except Onion, he still loved me) my editor Crimedog Carly literally fell from the sky and things started to improve. (Seriously, she contacted me literally moments after I watched Mad Max Fury Road, so she and Furiosa are eternally linked in my mind.)

We made some major changes to the structure of the story, but the story itself and the characters in the book are largely the same. We sanded off the edges, made it a smoother and more cohesive read, added some new content and dumped some things that frankly laid there like a lox.

And we rewrote the blurb. God, the blurb. See, I wrote the old one, and it made the book sound like a lighthearted fantasy romance. Haha <sob> Guess what, it’s not! Here’s the new blurb, which actually (yes, I just actuallied myself) tells you what the thing is going to be about.

“When the storm came, it was made of magic, not rain, and when it had passed, the life and the city Hellne knew were changed forever.” In Kim Alexander’s debut novel she weaves a witty, epic fantasy brimming with diverse characters and plenty of intrigue.

On the war-ravaged demon world of Eriis, Hellne, the fierce young queen, fights to keep her people alive.

On the green and gentle human world of Mistra, the demons have faded into myth. Only a handful of old men and children still guard The Door between the worlds.

Rhuun, the Prince of Eriis, uncovers a sultry book written by a human, sparking an obsession with the other world. When he is forced to flee Eriis he must escape through The Door or pay the price in blood.

Divided by a door

The humans of Mistra are not what Rhuun was expecting—and one insufferable young woman in particular is about to find out that the demons of Eriis are not mythological after all . . .

Oh, and we have a beautiful new/old cover by Greg Simanson, and a new title which–again–tells you that the story is about a person, not a Hellmouth at Home Depot.

Kenny Curtis, my old boss at Sirius XM tells me he already owns the rights the DemonDoorTheMusical.com, so I had to keep it as the title of the series. (We’re at four books and counting at the moment.)

So yes, I’m very excited, and I hope you read it and give it an honest review (and by honest I mean glowing, I mean who are we kidding here) and I’ll get back to editing the second one–the working title is The Unhaunted World.

And I think I have to turn it over to Britt at this point: 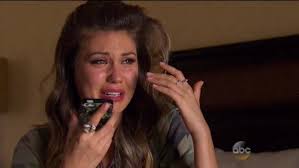