In my former life, I was a DJ. I was both the spinning records in the nightclub kind (‘Hey, when are you gonna play something that doesn’t suck?”) and the WKRP radio station kind. (“Hey, your radio station sucks!”) Both jobs were extremely rewarding and paid great money! I would recommend broadcasting for any young person embarking on a new career!

Haha, JK. It was the worst.

I left radio behind a few years ago to be a full time writer, a career path as stable and nurturing as raising kittens on a big pile of money.

But even though I left broadcasting behind, there’s one part of me that’s still spinning the tracks of wax: my subconcious! Once a DJ, always a DJ in my dreams! I’ve talked with other former radio folk and they all have the same experience–the DJ Anxiety Dream. In this dream, you’re on the air but you can’t find the next record (and it’s always records because I am an Old.) Or the turntables are so far apart you can’t get to them in time. (Turntables! Google it, kids.) Or I have to make a call but my fingers are too fat to dial the phone. 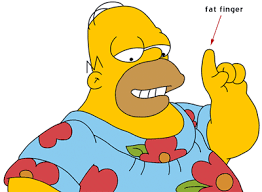 Inevitably, the songs or commercial runs out, there’s dead air, and I wake up in a pool of sweat. (Hopefully my own.)

In last night’s Trouble in the Broadacast Booth dream, I was surrounded by people–smiling, laughing, helping me! One of them found the record I needed. I never heard of the artist, so I made them look it up (on Wikipedia no less) and read the artist’s bio on the air. Someone else found the log and turned it to the right page. And we had a great time! I was good at my job!

I can’t help but think this might have something to do with my current bottomless pool of terror: my book launch. Right now we’re on track to release it the first week of November. (I basically have anxiety dreams on speed dial.) But the difference is that I have a team–Carly, my magnificent editor, and Kellie, the Boss of Me. We’re a team!

So F You, Anxiety Dream! I’ve got you beat. Now I have to deal with the one where I’m lost in the house I grew up in and the Faceless Man is chasing me.

Oh, in other news, our own Fictionista Daphne Lamb has just released her new book, The Girl’s Guide to the Apocalypse  and I am   so delighted for her! She’s hilarious and you should read it!

And to conclude last week’s post, Carly and I finally finished the promo copy for my book, so you can all relax. Maybe take a nap.